Barry Rosenbaum – The Gift of Friendship

I had the pleasure of being friends with Barry Rosenbaum for the last 1½ years of his life. We were the greatest of friends. We shared a special bond that helped both of us navigate through some important seasons of personal transformation.

Our life paths converged at a time when we were both ready for expansion. Barry was at a place on his path where he was open and quite receptive about shifting into being more personally aware and seeking deeper spiritual awareness. I was at a place on my path where I was expanding into living a greater expression of my purpose by fully accepting and expressing my unique intuitive and musical gifts.

From that point of intersection on our journeys, we helped each other transform and grow. I helped him expand personally. He helped me expand musically. And within that space of mutual expansion, there was real freedom between us. We enjoyed each other’s company and did almost everything together while cherishing the safety of unfiltered conversations. What a gift!

Our connection was not romantic. That was not the intention of our journey together. Yet, we cared for each other tremendously and had a special kind of love that helped us both feel safe to be fully ourselves. He felt free to share things with me that he seldom discussed with others, and I felt the same.

We provided each other with a perspective about life that we both needed. While music was a huge part of our connection, the glue was our respect for one another. We did so many everyday things together. We binge watched Homeland. He cooked vegan meals for me, and he was thrilled to expand his recipe options when I added eggs and some seafood back into my diet. I inspired him to shift his image a bit by growing a goatee and wearing Fedoras for our performances. (I recall how joyful he was every time I gifted him with a new Fedora. He got a hat bag to keep them all in and brought the bag full of hats to every gig. That makes me smile recalling those memories.) We went to movies and Dave & Busters with my son, and the two of them developed a really special bond. We showed up for each other in times when we both needed that one person to be there. We valued each other. We listened to each other.

We challenged each other, which meant we also argued with each other. Whenever someone spends a tremendous amount of time with someone else, challenging circumstances inevitably arise. Yet, we both knew and acknowledged that those circumstances were great opportunities for discovery and accountability. Because we genuinely cared about each other and were accountable for our own choices, we resolved conflicts with ease and moved on without missing a beat. That mattered tremendously to us both!

Barry always told me he valued that I cared enough about him to not judge him. I felt the same.

We shared an understanding about business matters. He took the time to understand the whole picture I was developing and had put into motion years ago. Because we shared a similar career path of starting out as cold-calling salespeople, we understood each other’s drive to get the details accurate and the relentless work involved with starting something from the bottom. Well, to be accurate (which would matter to Barry), he started out on the engineering side of a computer company then shifted over to sales because he was just so naturally good at it. His MIT-educated, logically brilliant brain mixed with his natural ability for connecting with people, allowed him to cultivate a successful career starting from the ground floor and rising to the top tier.

Barry enthusiastically jumped into doing music with me. It was a fun challenge for him to be part of someone else’s original music project. Additionally, it was a new adventure for him to be an integral part of a female-led band that was laser-focused on maintaining the intention of putting the message first. As I grew my confidence and musicianship to be a competent leader of my own band, he respected and encouraged my continued growth. I valued his precision with the music. Making sure the music was accurate mattered to him tremendously. We had so much fun on our musical adventure together!

Barry was my person for the last 1½ years. He was the one I often called first thing in the morning. He was the person I reached out to for help when I found myself in a compromised circumstance with untrustworthy people, and when I called him he immediately jumped in his car and came to save me. Barry was the one who I trusted with knowing the truth of my heart and he caught the tears of my heartaches. He was the one who knew how much it hurt me when people I cared about made false assumption about me and how hard it was for me to turn a blind eye to those who pretended to be my friend yet gossiped about me in the shadows. He was the one who took the time to understand how my career path and my spiritual journey were both relevant to doing the work I am doing now. He was the one who encouraged me to sing at my Dad’s Celebration of Life, even when I couldn’t find the strength to do it at first. He was the one who nicknamed me Gumby because my 3 and 4 a.m. creative sessions mean I run out of steam by 7 p.m. (which is a challenge for being a gigging musician).

Barry was my person. I am so thankful for his impact on my life. And I rest easier in this sorrowful time knowing I was his person, too. Our gift of friendship was mutual.

One of the things I loved most about Barry was how much he valued people. He loved connecting deeply with everyone he met. He listened! He was an intuitive reader of others and he was mindful about giving everyone the benefit of the doubt.

Barry was often sought after for advice and help, and he provided it to others willingly. He was proud of his career, yet music was his lifelong passion. He’d sit at his grand piano and play tunes for hours. Hours! Goodness, what an expansive library of music that man had stored in his head and how effortlessly songs flowed through to his fingers with grace and accuracy.

But above and beyond all things, Barry valued fatherhood most. He loved his John and Katie. It was no secret that John was his favorite person on the planet. They were buddies. When John was away at college or on a trip, Barry looked forward to their daily phone calls. They were so close and Barry loved his son beyond measure. Barry was close with all of John’s friends. They were his friends, too. He valued that John loved having his friends around from the time they were young boys consistently through the years as they grew into fine young men.

His Katie was the light of his life. He loved his deeply passionate, smart and expressive daughter. When I told Barry I wanted to include a character in an upcoming Kathryn the Grape book that honors his impact in my life and I wanted it to be Katie, he just lit up! After hearing so many stories about how proud he was of Katie’s artistic abilities, I decided to include her in the “Unique Compass” story.

One day, I asked Barry to send me a few pieces of Katie’s artwork he had previously shown me so I could add those specific drawings into the book. I also asked him to email me three or four photos of Katie as a little girl so my illustrator could create a character in her likeness.

Energized by that task, Barry enthusiastically spent an entire evening looking through thousands of photos of “his Katie” and in the morning when I turned on my computer, there was a Dropbox folder with 150+ photos of a smiling little girl Katie. He told me about how much fun he had looking through her photos and reliving the memories of those years. He said he just couldn’t narrow down the choices to three or four few photos. We had a good laugh about that. Barry loved his Katie so much!

Oh, how I wish he could have seen the finished project of that drawing and the page in the book that shows our band performing together with him sitting at his keyboard wearing a Fedora and his signature socks.

Oh, how I wish for so many things at this moment…

I know that many people are grieving the loss of Barry. He was a great friend to others and he valued his friendships and bonds tremendously. He crossed paths with countless people in his life — a life that was filled to the brim with all the things he loved to do and the people he loved spending time with. In his 68 years, Barry was a boss, a business associate, a board member and leader, a bandmate, an Indian Guides member (loving those special weekends he shared with John and Katie), an MIT grad and passionate  debater/debate coach, a Fantasy Football contender and champion, a musician, a composer, a writer, a friend, a son, a brother, a husband, a dad, and so much more. So much!

Barry was a great man who will be missed tremendously. When we lose someone we love, there is a void that remains in that space. While sadness and grief have their place, may we all do our best to remember Barry’s positive impact on our lives and honor his legacy through stories of laughter and love.

May we all choose to fill the void he leaves with memories of the priceless and timeless gift of friendship Barry Rosenbaum provided for us all. 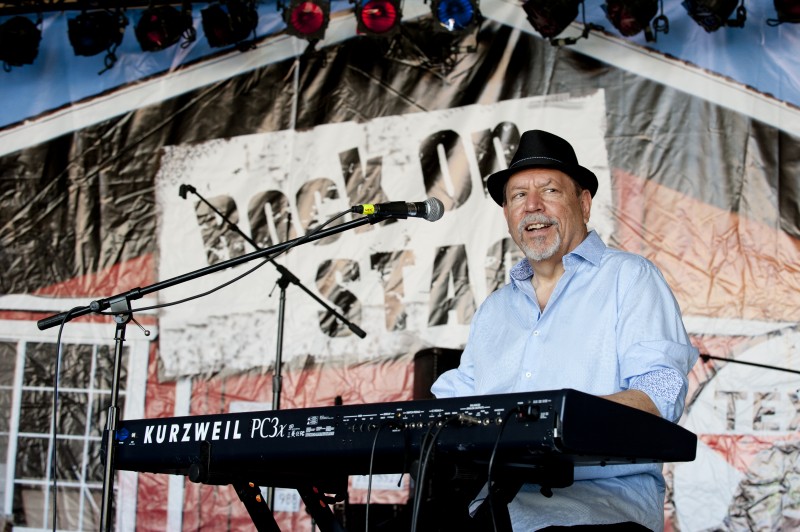